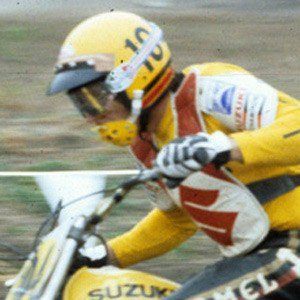 Professional motocross racer who was associated with CZ, Suzuki, and Honda. He logged more than thirty-five wins, including multiple 500cc Motocross World Championships.

He began his career with the Czech racing team CZ and was also known for his talents across other forms of off-road racing.

In 1994, he was inducted into the Motorsports Hall of Fame of America.

Although Belgian by birth, he managed Team USA in the Motocross of Nations.

He and Nate Adams both had accomplished careers as motocross racers.

Roger De Coster Is A Member Of