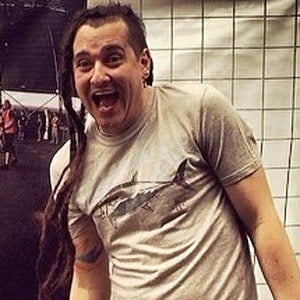 Musician who rose to fame as the bassist and singer of the ska punk band Less Than Jake. He also formed side bands Rehasher in 2000 and Greenhorn in 2014.

The band formed in 1992 and Lima joined in 1993 after the original bassist Shaun Grief left the band to move to New York.

He is also a music producer and has produced Less Than Jake albums including their EP Absolution for Idiots and Addicts.

He and his wife Cat welcomed a son named Simon.

He plays in the band Less Than Jake with drummer Vinnie Fiorello.

Roger Lima Is A Member Of