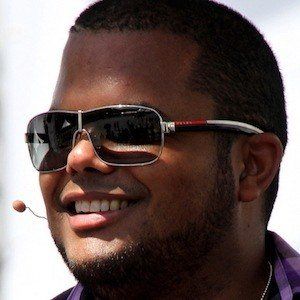 Chef who is known for his various appearances on cooking shows across North America. These appearances include on the TV shows Chopped: Canada, Good Morning America, and Iron Chef America. He has also served as the host and co-creator of the cooking show Everyday Exotic, which aired on both the Cooking Channel in the US and Food Network Canada.

He received his professional culinary degree from the George Brown College of Hospitality. Following his graduation, he served as a restauranteur throughout Toronto, Ontario, where he served as co-owner of the Kultura Social Dining and Nyood Restaurants.

He has also worked as a recording artist, and in June 2013, released his second solo album Feedback. He was previously a member of the 1990's soul group Bass is Base prior to pursuing the culinary arts as his primary profession.

He was born in Trinidad & Tobago, and raised in Canada beginning at age 5. He is of Trinidadian and Chinese descent.

As a musician, he has performed alongside Celine Dion and James Brown during his career.

Roger Mooking Is A Member Of