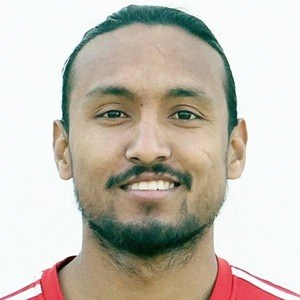 Full back and midfielder who began representing Nepal internationally at the under-19 level and joined the senior squad in 2009. At the club level, he has competed for such clubs as Hindustan Aeronautics Limited SC and Persija Jakarta.

He began playing soccer at age 8 and joined the ANFA academy at 13.

He was named the vice-captain of the Nepalese national team in 2015.

He has a brother named Rabindra, who played soccer semi-professionally.

He has played alongside Bambang Pamungkas at Persija Jakarta.

Rohit Chand Is A Member Of