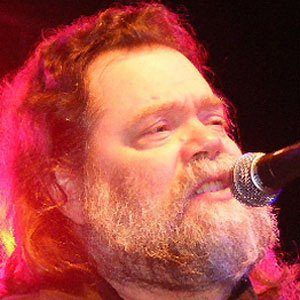 Psychedelic rock pioneer who was a co-founder of the band the 13th Floor Elevators. He has written songs like "We Sell Soul."

He was a proficient guitar and piano player by the age of ten.

He earned his most successful songwriting credit with "You're Gonna Miss Me" in 1966.

He had three children named Jegar, Spring, and Cydne with his wife Dana Gaines.

Some of his songs were covered by Billy Gibbons' band ZZ Top.

Roky Erickson Is A Member Of