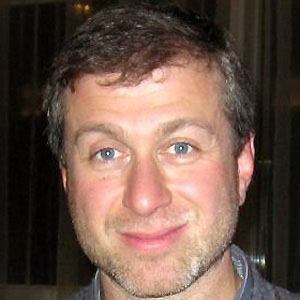 Russian oligarch who made an enormous fortune in oil and used it to buy the Chelsea football club.

He used his business and political connections to acquire a controlling interest in a formerly state-owned oil company after the fall of the USSR.

He custom-built a $1-billion yacht called Eclipse, which, at 557 feet in length, was one of the world's largest.

He had five children with his first wife Irina and, in 2013, celebrated the birth of his second child with girlfriend and model Dasha Zhukova.

He used his deep pockets to bring to Chelsea talented players like Oscar Emboaba.

Roman Abramovich Is A Member Of