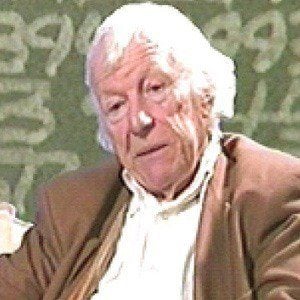 French-born, Polish painter best known for his "Infinity" series. He included a tape recorder in his painting process beginning in 1968 and also took passport-style photographs of himself with the canvas at the end of a day's work.

He studied lithography, graphics, and fine arts at the Academy of Fine Arts in Poland. He returned to France in 1977.

His "Infinity" series was composed of paintings of ascending numbers. The final number he painted was 5,607,249.

He was born in France to Polish parents and moved back to Poland with his family during his teenage years.

He was a contemporary of Jerzy Kosinski.

Roman Opalka Is A Member Of