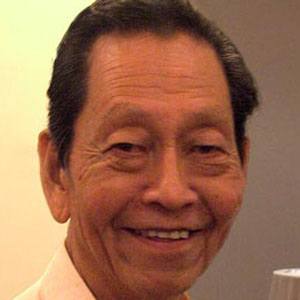 Influential painter and writer who served as Curator of Art at the National Museum of Singapore. Pioneer of Singapore's contemporary art scene. His work was published in "Singaporean Artists" from 1982, Singapore's first art directory.

He graduated from England's Hornsey College of Art in 1962 and obtained his Art Teachers' Certificate in 1963 from the University of London Institute of Education. His studies in England exposed him to Western art, which greatly influenced his own work.

He discovered the works of Cézanne and Mondrian in 1985, and this late-career education profoundly impacted his output for the rest of his life.

He was born in Singapore to a family of Chinese heritage.

He was influenced by Claude Monet's use of light and color.

Choy Weng Yang Is A Member Of