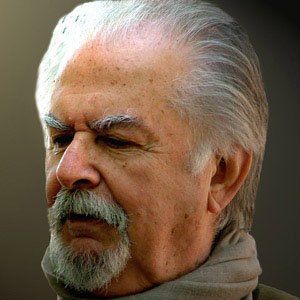 Figurative painter and sculptor whose uniquely styled works included "Abu Ghraib" and "Woman with Fruit." His sculptures and paintings were noteworthy for their subjects' exaggerated proportions.

He began his career by publishing his illustrations in the El Colombiano daily paper. He gave his first exhibit in 1948, and his first one-man show was Galería Leo Matiz in 1951 in Bogotá.

His sculptures from 1963 to 1964 were made with acrylic resin and sawdust because he couldn't afford bronze.

He had three children with his first wife, Gloria Zea, who served as the Colombian Minister of Culture. Following his divorce from Zea, Botero had another child with Cecilia Zambrano and later married Sophia Vari.

He was influenced by Diego Rivera.

Fernando Botero Is A Member Of