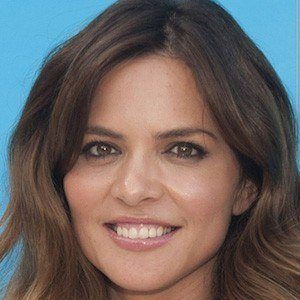 Best known as a presenter for the Argentine channel Antena 3. She began her time working with the station in 2011 on the TV show Espejo Publico.

She began her career in entertainment as a beauty pageant contestant. In 1999, she was crowned Miss Argentina, and subsequently competed at the Miss International pageant in Japan.

She has subsequently worked on the shows Tonterias Las Justas and La Huella in Argentina. She rose to prominence for her work on the Spanish TV series Tonterías las Justas in Spain prior to her work for Antena 3 in Argentina.

She was born and raised in San Miguel de Tucaman, Argentina.

Romina Belluscio Is A Member Of