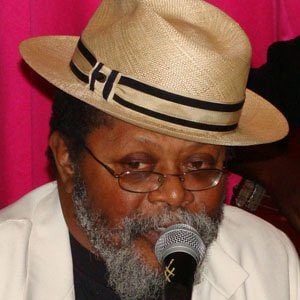 Allen, the African-American author of I Want My Body Back (poems) and Eye Mouth Graffiti Body Shop (play), is notable for his creative use of language and for his melding of the dramatic literature and poetry genres. His later plays include My Eyes Are the Cage in My Head, Swallow the Sun, and The Hieroglyph of the Cockatoo.

Early in his life, he became a Zen Buddhist.

He was born and raised in Detroit, Michigan, and he later relocated to Los Angeles, California.

He was a literary contemporary of fellow African-American poet Lucille Clifton.

Ron Allen Is A Member Of