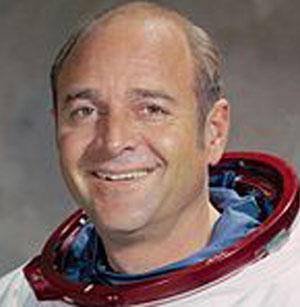 Apollo astronaut who served as command module pilot of Apollo 17 in 1972.

He flew combat missions in Vietnam after completing his flight training in 1957.

HIs first words when he took his walk in space were slightly less poetic than Neil Armstrong's; he said 'Hot diggity dog!'

He had two children with wife Jan.

He was the backup command module pilot for Charles M. Duke on the Apollo-Soyuz Test Project.

Ronald Evans Is A Member Of