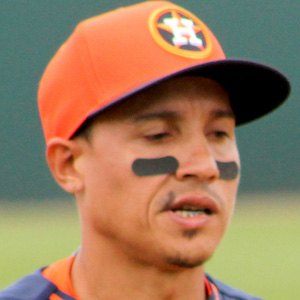 MLB infielder who made his major league debut with the Los Angeles Dodgers in 2015. He was traded to the Yankees in 2016, who designated him for assignment before calling him back up for Opening Day.

He originally signed with the Cincinnati Reds in 2010 when he was 17 years old.

Before making it to the MLB, he played for the Reds, Cubs, Astros, and Blue Jays' minor league affiliates.

He grew up in Barinas, Venezuela.

He was teammates with Kiké Hernandez during his time with the Dodgers.

Ronald Torreyes Is A Member Of