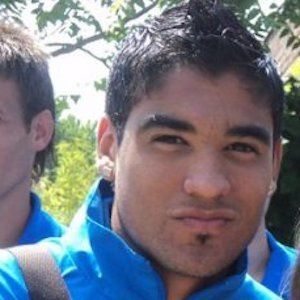 Soccer player who has won league titles as a forward with clubs like Caracas FC, RSC Anderlecht and AEK Athens FC. He has represented his native Venezuela at tournaments like the 2015 Copa América.

He came up through the Caracas FC youth system, debuting in 2002. He joined the club's senior squad in 2006.

In 2015, he led Venezuela to its first victory over Colombia in the history of the Copa América.

He married a woman named Justine.

He has played alongside goalkeeper Jack Duncan at Newcastle Jets FC.

Ronald Vargas Is A Member Of