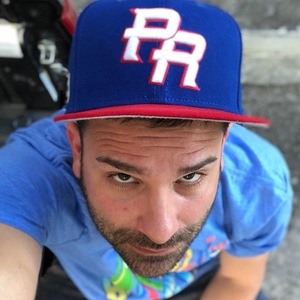 Puerto Rican television and radio personality who originally came to fame on radio under the alias Rocky the Kid. He later became famous as the host of the shows Descarao' Por La Noche and Lo Se Todo.

He began working for the radio station 95X at age 16. He later studied communications at the Universidad del Sagrado Corazon.

He is an occasional actor, appearing in the 2011 comedy film Que Joyitas! as well as its 2013 sequel.

Like Hector Marcano, he is a popular Puerto Rican talk show host.

Roque José Gallart Ortiz Is A Member Of