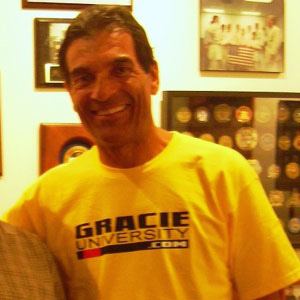 Brazilian Jiu-Jitsu expert who is credited with bringing the fighting style to the United States.

He began studying Brazilian Jiu-Jitsu with his father at a young age.

He is also one of the founding members of the Ultimate Fighting Championship.

He grew up alongside five siblings, Relson, Rickson, Royce, Rolls and Rolker and his father is Helio Gracie. He married Silvia Gracie and has a total of 10 children: Rose, Riane, Ryron, Rener, Ralek, Segina, Reylan, Roran, Renon and Ricon.

He teamed up with Dana White to help found the Ultimate Fighting Championship in 1993.

Rorion Gracie Is A Member Of