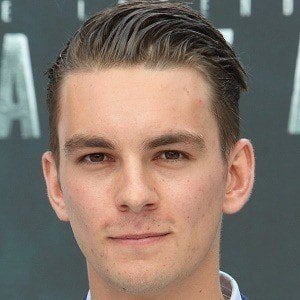 Cast in the role of Young Tarzan for the 2016 version of the classic tale Tarzan, he previously starred in the title role for the 2012 film Rufus. In 2018, he began starring as Max in the series Find Me in Paris.

He was contacted by a casting assistant in 2011 after the assistant saw his short films on YouTube. He was asked to come in and audition for the Rufus part.

He was named Male Indie Icon at the Las Vegas Film Festival in 2013.

Born to parents Camilla Saper and Roger Saper, he grew up in Beaconsfield, England with two older sisters.

He is playing Young Tarzan to Alexander Skarsgard's Tarzan for the 2016 version of the film.

Rory J. Saper Is A Member Of