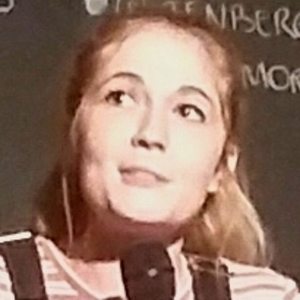 Humorist and singer who first rose to fame after the success of her self-titled web series Rosalie. She would go on to appear in CTRL, Le Monde selon Thomas Gauthier, and Conseils de famille. In 2017, she also released the web series Avant d'être morte.

Raised a lover of both basketball and theatre, she opted to study theatre in college, despite scholarship offers for basketball from numerous American universities.

In 2016, she released her first self-titled musical comedy album.

Her parents are Alain Vaillancourt and Christiane Girard.

She joined the cast of the 2018 film Wolfe alongside Sarah-Jeanne Labrosse.

Rosalie Vaillancourt Is A Member Of