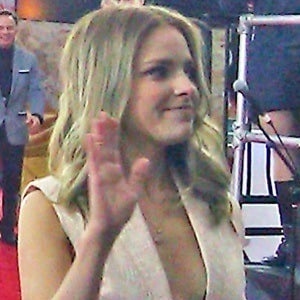 French Canadian actress most well known for playing Annie-Jade Tremblay in the 2011 series 30 Vies. She later joined the cast of Unité 9 as Laurence Belleau and Les Pays d'en Haut as Donalda Laloge.

She first began acting at the age of seven and would make her television debut in Le volcan tranquille.

She has had short recurring roles on a number of shows including Human Trafficking, 15/Love, and L'appart du 5e.

Her father is an English-speaker and her mother is a French-speaker.

In 2007, she acted in the feature film Eastern Promises alongside Josef Altin and Naomi Watts.

Sarah-Jeanne Labrosse Is A Member Of