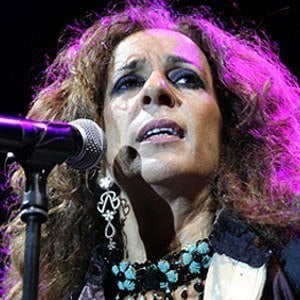 Latin pop artist who is a two-time Latin Grammy Award winner, who was honored for her album De Mil Colores.

She began her singing career in 1992 when she release her debut album, De Ley.

She had her best known acting role in the film Hypnotized and Hysterical.

She has a daughter with Carlos Orellana and a son with Pedro Almodovar.

She featured Juan Guerra on her song "Mi Son."

Rosario Flores Is A Member Of