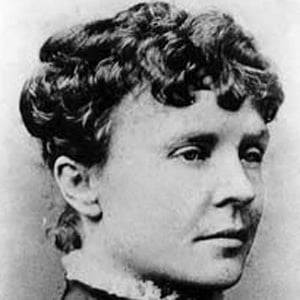 First Lady of the United States from 1885 to 1886 during the administrations of U.S. President and brother Grover Cleveland. She resigned from being the First Lady after President Cleveland married Frances Folsom.

She was the youngest of nine children and traveled to New York City to become a teacher at the State School for the Blind.

After her time as First Lady she began as career as the principal of the Collegiate Institute of Lafayette, Indiana.

She began a lesbian relationship with a wealthy widow and eventually moved to Italy and lived with her.

She is the sister of Grover Cleveland.

Rose Cleveland Is A Member Of