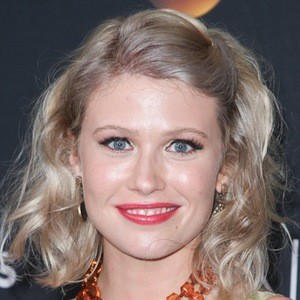 British actress who's best known for playing the role of Alice in season 7 of ABC's series Once Upon a Time. She also played Sarah Durkin in the TV series Wasted.

She graduated from the Guildhall School of music and Drama in 2012.

She studied performing arts at the Stage by Stage Academy in Exeter.

She was born and raised in Devon, England.

Rose Reynolds Is A Member Of