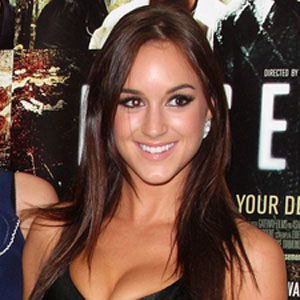 British model best known for her work in the tabloid Page 3. She has also been featured in Lad magazines.

She began modeling at the age of 18 when she joined Samantha Bond Management.

In November 2009, she set a record for the most bras taken off, then put back on in one minute, with seven.

She was born in Sunbury-on-Thames in Middlesex and went on to attend St. Ignatius Catholic Primary School as well as St. Paul's Catholic College.

She is a friend and collaborator of Lauren Houldsworth.

Rosie Jones Is A Member Of