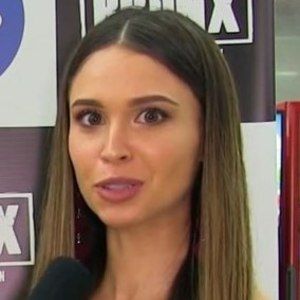 Actress and model known for bringing to life Rosmery in the 2007 series Somos tú y yo. She has gone on to secure leading roles on Válgame Dios, Amor secreto, and Entre tu amor y mi amor.

She earned her first major acting role in 2007 on Somos tú y yo.

Her television success has earned her a monumental Instagram following of more than 5 million fans.

Her parents are Elena Diaz and Rodolfo Marval. She married her Somos tú y yo co-star Arán de las Casas in 2016 and they have a son named Ian Gael.

She appeared alongside Sabrina Seara in the television series Válgame Dios.

Rosmeri Marval Is A Member Of