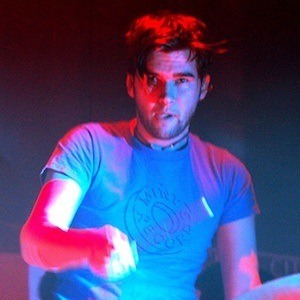 English professional drummer who is best recognized for his work with the indie rock band The Cribs. With the band, he has released music through Warner Bros. Records, Wichita, and Universal Records.

He and his brothers formed The Cribs in the early 2000's.

He was professionally endorsed by the drum companies Ludwig and Zildjian.

He performed as The Cribs with his brothers Gary Jarman and Ryan Jarman.

He has collaborated with Alex Kapranos of the band Franz Ferdinand.

Ross Jarman Is A Member Of