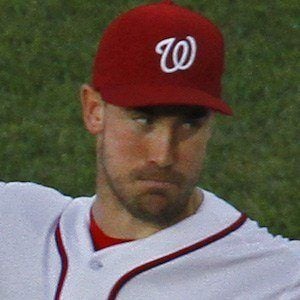 Journeyman MLB pitcher who's played for the Pittsburgh Pirates, New York Yankees, and Cincinnati Reds, among others. A Princeton graduate, Sporting News named him the third-smartest athlete in 2010.

As a pitcher at Princeton, he was named Ivy League Rookie of the Year in 2002. He was a fourth round pick of the Arizona Diamondbacks in 2004, and graduated from college while playing in the minor leagues.

In 2009, he pitched an immaculate inning (three strikeouts on nine pitches) against the St. Louis Cardinals.

He was ranked only behind Craig Breslow and Myron Rolle in Sporting News's ranking of smartest athletes.

Ross Ohlendorf Is A Member Of