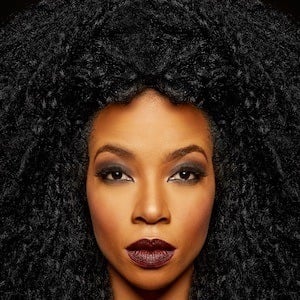 South African rapper who began earning major buzz in 2015 with the release of her single "BUA." She has followed up the single's success with songs like "Mi Corazon" and "Mbongo Zaka."

She started singing at the age of six, began songwriting at 12 and began rapping at 19. In 2014, she earned a degree in drama and film from the University of Pretoria.

She sometimes incorporates French lyrics into her songs as a nod to her Congolese origins. In 2016, she began appearing on the VUZU reality TV series The Play Coalition as a mentor.

Her real name is Deko Barbara-Jessica Wedi. She has a brother and two sisters.

She has cited Lauryn Hill as being her personal icon.

Rouge Is A Member Of