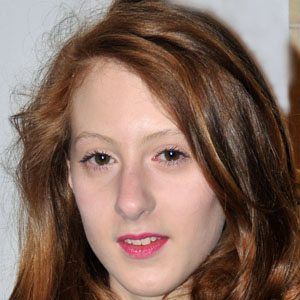 Known for her role as Anna in the acclaimed German film The White Ribbon, this French screen actress also portrayed Sister Agnes in the Dominik Moll-directed film The Monk. Her other movie credits include roles in Respire (released in 2014) and Age of Uprising: The Legend of Michael Kohlhaas (released in 2013).

She began her acting career on the stage, performing at age nineteen in a professional theatrical production based on the life of famous diarist and Holocaust victim Anne Frank.

She was one of the stars of a 2011 Cannes Film Festival project titled 17 Girls.

She was born in Paris, France, to a family of Spanish and Austrian heritage.

She and fellow French actress Chiara Mastroianni were both in the cast of the 2012 historical movie Augustine.

Roxane Duran Is A Member Of