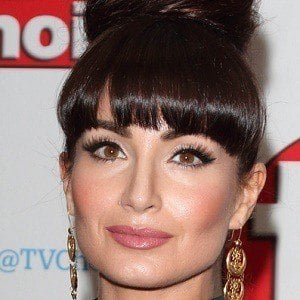 Most famous for her portrayal of Leyla Harding on ITV's popular Emmerdale soap opera, Shahidi is also known for her roles in professional stage productions of Rafta, Rafta (at the Royal National Theatre in London, England) and Christie Malry's Own Double Entry (at Manchester's Palace Theatre).

Early in her career, she performed with the Contact Young Actors Company and subsequently taught drama classes through an English organization called Peskar Productions.

She performed in a radio drama titled Nadeem Aslam's Maps for Lost Lovers.

Born Rokhsaneh Ghawam-Shahidi, she grew up in Manchester, England as the daughter of a British mother and a Persian father.

Her Emmerdale character's sister was played by actress Natalie Anderson.

Roxy Shahidi Is A Member Of