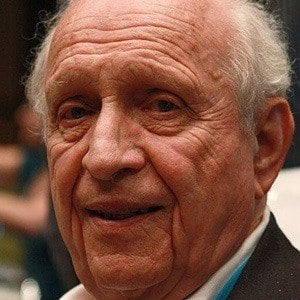 Physicist who received the 2005 Nobel Prize in Physics for his contribution to the quantum theory of optical coherence. He was one of the youngest scientists to work on the Manhattan Project.

He attended Harvard University after, at the age of 18, he was recruited to work on the Manhattan Project, where he worked calculating the critical mass of the atom bomb.

He worked on Quantum optics and high energy collision theory.

He resided in Massachusetts where he worked as a professor at Harvard.

He was influenced by Niels Bohr.

Roy J. Glauber Is A Member Of