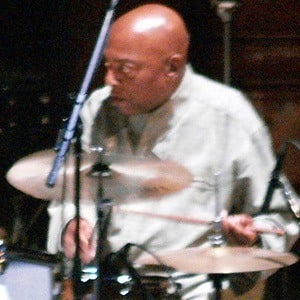 Jazz artist nicknamed Snap Crackle whose career lasted over sixty years and he became one of the most recorded drummers in jazz history. He also lead the Hip Ensemble.

He was the host of jazz radio station JNR in the popular video game Grand Theft Auto IV.

His son Graham Haynes became a respected cornetist, while his other son, Craig, became a drummer.

He was named one of the Best Dressed Men in America by Esquire in 1960, alongside Fred Astaire, Cary Grant, and Clark Gable.

Roy Haynes Is A Member Of