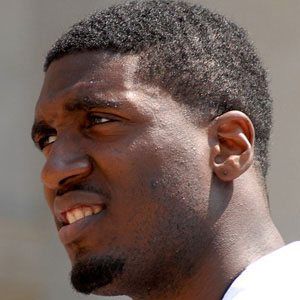 7'2" center who was named to his first NBA All-Star team as a member of the Indiana Pacers in 2012. He spent his first seven seasons in Indiana before a 2015 trade sent him to the Los Angeles Lakers. He is known for his shot-blocking and rebounding. In 2017, he signed with the Denver Nuggets.

He was a two-time All-Big East selection during his last two seasons at Georgetown University.

He was selected 17th overall in the 2008 NBA Draft by the Toronto Raptors, but his rights were traded to the Pacers shortly after the draft.

His father Roy Hibbert Sr. came from Jamaica and his mother Patty came from Trinidad. He married Valerie Cooke in 2014.

His Pacers developed a rivalry with LeBron James and the Miami Heat, losing close series to the Heat during both the 2012 and 2013 NBA Playoffs.

Roy Hibbert Is A Member Of