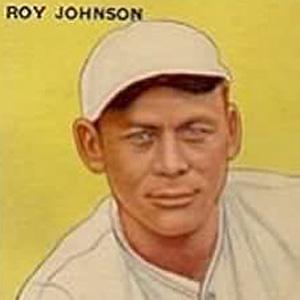 MLB outfielder and brother of 8-time All-Star Indian Bob Johnson. His career spanned from 1929 to 1938 and he retired with a career batting average of .296.

He was the first rookie in the major leagues to record 200 hits in a single season.

He played with the Boston Red Sox for 12 years before his brother joined the team.

Like his brother, he was a quarter Cherokee Indian.

Roy Johnson Is A Member Of