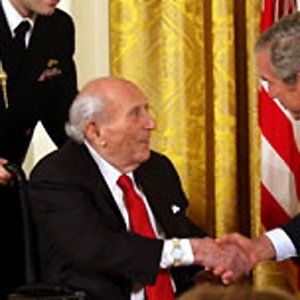 Wall Street mogul worth billions who became a noted art collector with a fondness for painter Milton Avery.

His first job was at a Manhattan department store, where he sold, among other things, paintings, instilling in him a lifelong appreciation for the art.

He entered Wall Street months before Black Tuesday marked the start of the Depression, but he still made enough money to buy his first painting in 1939.

He had two sons and a daughter with his wife of 65 years, Marie.

His first acquisition was a painting by New Mexico artist Peter Hurd. Hurd later painted a portrait of Lyndon B. Johnson that the president memorably called the ugliest thing he ever saw.

Roy Neuberger Is A Member Of