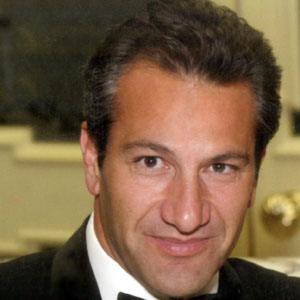 This Greek Cypriot businessman financed nineteen million dollars worth of operations for the software corporation AremisSoft and went on to serve as president and CEO of the company. In 2001, AremisSoft was investigated for securities fraud by the American Securities and Exchange Commission.

After receiving a bachelor's degree from the University of Kent (where he was a gold medal-winning light heavyweight boxer), he earned his Master of Business Administration from the London Business School and subsequently worked for both the Lehman Brothers and Morgan Stanley financial corporations.

After his brother, Alkis Poyiadjis, was treated for a psychiatric disorder by the New York University School of Medicine, Roys Poyiadjis donated millions of dollars to NYU's Department of Physiology and Neuroscience and helped fund three NYU-affiliated pharmaceutical companies.

A native of Cyprus, he spent a portion of his childhood in a refugee camp. In 2000, he wed Donna Florence Costanzo; the couple went on to raise two children.

He and singer Ivi Adamou are both famous Greek Cypriots.

Roys Poyiadjis Is A Member Of