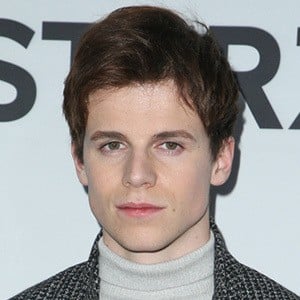 Film and television actor who made a name for himself in the 2016 film Handsome Devil before landing television roles in Delicious and The Spanish Princess. He portrayed Prince Harry Tudor in the latter TV show.

While a student at the Lir Academy in Dublin, he earned representation with a top UK agent.

His first professional role was in the Irish film What Richard Did.

He grew up in Howth until he was 14 years old. His family then took over a stud farm in rural Ireland. He was an only child until the age of 10, and then his parents had three daughters.

He was featured in the 2018 film Teen Spirit, starring Elle Fanning.

Ruairi O'Connor Is A Member Of