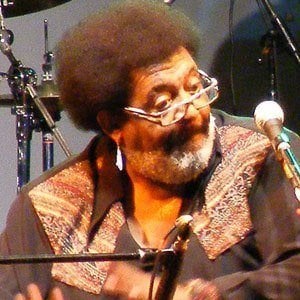 Composer and singer most recognized for his work with Candombe, a popular Afro-Uruguayan rhythmic style of music. This style was rooted in three different types of drums: chico, repique, and piano.

He formed the group El Kinto Conjunto with friend Eduardo Mateo in 1965.

He was honored with the The Latin Recording Academy's Lifetime Achievement Award in 2011.

His fanbase included such luminaries as Paul McCartney and Brazilian singer Milton Nascimento.

Rubén Rada Is A Member Of