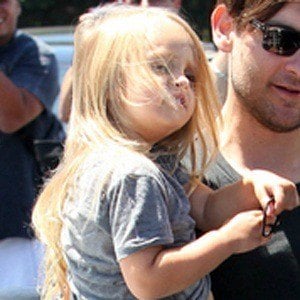 Daughter of actor Tobey Maguire and his wife, Jennifer Meyer. Her dad is known for the Spider-Man movies as well as Pleasantville and Pawn Sacrifice.

Her parents got married nine months after she was born.

Her dad was nominated for a Golden Globe in 2010.

She has a brother named Otis. Her parents separated in fall 2016.

Leonardo DiCaprio was spotted spending time with her in October 2014.

Ruby Maguire Is A Member Of