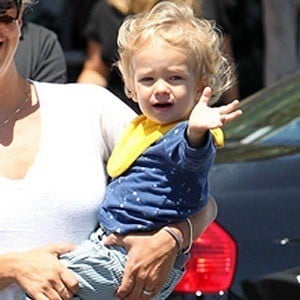 Rose to fame as the son of Spider-Man actor Tobey Maguire and jewelry designer Jennifer Meyer.

His parents met in 2003 while his father was shooting Seabiscuit. They later became engaged in 2006.

He has been seen in publications like DailyMail alongside his famous parents.

He has an older sister, Ruby Sweetheart Maguire, who was born in 2006. His parents separated in October 2016.

His grandfather, Ronald Meyer, gained his own fame as a former talent manager and entertainment executive.

Otis Maguire Is A Member Of