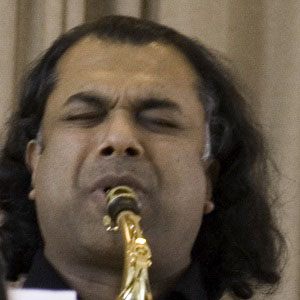 Jazz alto saxophonist and composer who was named the Saxophonist of the Year in 2009, 2010, and 2011 by The Jazz Journalists Association.

He attended Berklee College of Music after growing up in Colorado.

He was named a Guggenheim Fellow in 2007 and in 2011 he was named the #1 Alto Saxophonist of the Year by the 59th Annual Down Beat Critics Poll.

His parents were both Indian immigrants.

He has cited Miles Davis as a major influence.

Rudresh Mahanthappa Is A Member Of