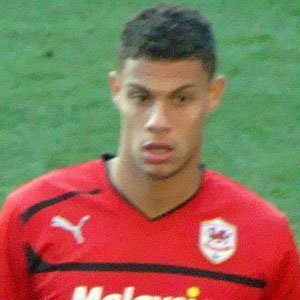 French striker who first gained major attention while playing for Metz before winning a Football League Championship title with Cardiff City in 2013. He has played internationally for both France and Benin.

After scoring 6 goals in 7 games in April 2014, he was given the Football League Championship Player of the Month award while playing for the Blackburn Rovers.

He married a woman named Hawa and welcomes his first child, a son named Elijah, in 2012.

He has played alongside Scotland's Grant Hanley with the Blackburn Rovers.

Rudy Gestede Is A Member Of