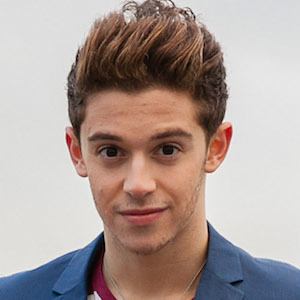 Italian singer who found fame through his appearance on the fourth season of the Italian version of the reality singing competition The X Factor in 2010. He is also an actor known for his role as Federico on the telenovela Violetta and Matteo on Soy Luna. In June 2019, he released his first single, "Probablemente."

He began taking singing lessons in 2008 and performed with the rock band 65013 while in high school.

He was not allowed to perform live on the 10th episode of X Factor due to an Italian law prohibiting minors from performing after midnight.

His parents are Bruno and Antonella Pasquarelli. He has a brother named Leonardo. He was in a relationship with actress Candelaria Molfese from 2014 to 2020.

He and singer Francesa Michielin both appeared on Italy's The X Factor.

Ruggero Pasquarelli Is A Member Of