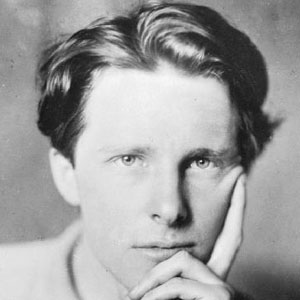 Poet known for "The Soldier" and other war-themed sonnets. He was associated with several turn-of-the-century literary groups, including the Dymock poets and the Bloomsbury group.

He attended King's College, Cambridge, where he founded the Marlowe Society dramatic club.

He died from sepsis as the result of an infected mosquito bite.

He was bisexual, though this fact was edited out of his life story by his first biographer.

He was described by Irish poet William Butler Yeats as "the handsomest young man in England."

Rupert Brooke Is A Member Of