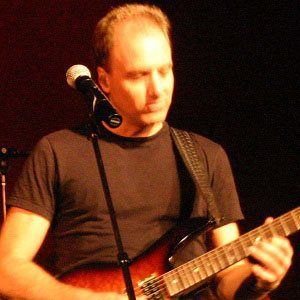 American guitarist best known as a member of the smooth jazz band The Rippingtons. The band's 2009 album Modern Art was nominated for a Grammy for Best Pop Instrumental Album.

He was born in Nashville and moved to Los Angeles to pursue session work at age eighteen.

He was married to Rona Freeman before getting remarried to composer Yaredt Leon.

He has played with world-famous saxophonist Kenny G as a member of The Rippingtons.

Russ Freeman Is A Member Of