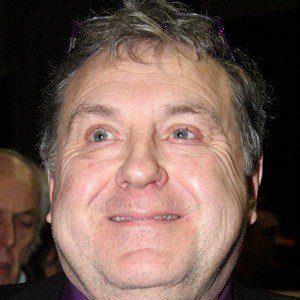 An English astrologer and pet psychic, he is known for published works such as The Real Counties of Britain. He is also known for his astrology phone service and his newspaper horoscope column.

He overcame depression in his youth after losing both of his grandmothers to Alzheimer's disease. In his younger years, he had a career as a stage actor.

He gained reality television fame by competing in the 2011 season of Strictly Come Dancing.

He was born in Middlesex, England and was raised mostly by his grandparents. He had a committed relationship with partner Doug Beaumont for many decades.

He lost the 9th season of Strictly Come Dancing to drummer Harry Judd.

Russell Grant Is A Member Of