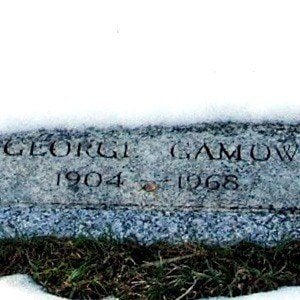 One of the earliest proponents of the Big Bang Theory of cosmology, which holds the Universe was created in a gigantic explosion billions of years ago. He also wrote popular books on science, including One Two Three ... Infinity, and the Mr. Tompkins … series, which ran from 1939 to 1967.

He studied at Leningrad University under A.A. Friedmann, another prominent cosmologist who formed the theory the Universe must be expanding.

After emigrating to the U.S. and working on nuclear physics, he found that the distribution of elements in the universe can be explained as the result of an explosion which occurred before everything was anything.

He was born in Odessa, Russian Empire, in what is modern-day Ukraine.

He worked with Edward Teller both his nuclear physics work and cosmology.

George Gamow Is A Member Of