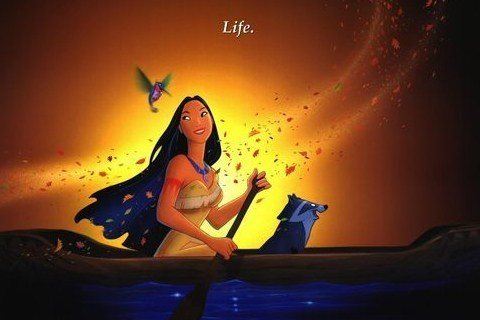 Disney film about the romantic relationship between an English soldier and a Native American woman in 17th century Virginia. The film is based on a true story. Pocahontas was a member of the Powhatan people and she was imprisoned by English Colonists. One of the Englishmen, John Rolfe, she went on to marry and have a child with.

The movie won two Academy Awards for Best Music. This is Disney's first film to feature an interracial romance.