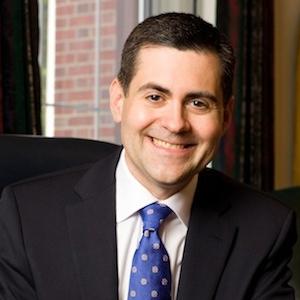 Elected the eighth president of the Ethics & Religious Liberty Commission of the Southern Baptist Convention, the moral and public policy agency of the nation’s largest Protestant denomination. He hosts podcast called Questions & Ethics and has authored numerous books as well.

He was a provost and dean of The Southern Baptist Theological Seminary, where he also taught as professor of theology and ethics.

He blogs on his website Moore to the Point, hosts a podcast called Questions & Ethics, and has authored numerous books such as Tempted and Tried: Temptation and the Triumph of Christ and Adopted for Life: The Priority of Adoption for Christian Families & Churches.

He is the father of five boys with his wife Maria.

He was elected as President of the Southern Baptist Convention like Johnny Hunt before him.

Russell Moore Is A Member Of