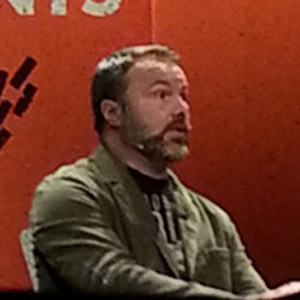 Founder and pastor of Mars Hill Church, a megachurch in Seattle, Washington.

He was student body President and Editor of the school newspaper at Highline High School, where he graduated in 1989.

He has said that his preaching style is inspired by the stand up comedy of Chris Rock.

He debated Deepak Chopra on the existence of Satan on an ABC Nightline Special.

Mark Driscoll Is A Member Of