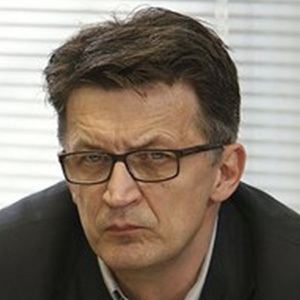 Prominent Russian blogger and activist, also known as Drugoi, who writes about a variety of topics ranging from politics to animal welfare. He moved to Prague in 2013 in order to cover European culture and traditions.

He studied at Russian State University for the Humanities in Moscow.

He was once described by The Daily Telegraph as "Russia's number one blogger."

The Kremlin invited him to report on a meeting between Dmitry Medvedev and Pratibha Patil in 2009.

Rustem Adagamov Is A Member Of